Ball State University received one of the largest grants in its history from Lilly Endowment for $20 million and wanted to create media buzz. The university accepted the challenge from the endowment to showcase its role as a leader in digital communications via a media campaign. BSU had outstanding academic offerings and was a major contributor to Indiana’s economy. How to get media campaign results for grant development and renewal in the works? Develop 60 niche media campaign lists, target  more than 1,200 business writers from top 50 markets, and drill down to the nation’s best writers on digital filmmaking. The targeted media campaign created best placements for the “iCommunication Initiative” for a new national outlook, including The Wall Street Journal, The Chronicle of Higher Education, BBC, New Media Age, CBS MarketWatch, Health Data Management magazine, and more. The 11-month media campaign blitz resulted in 225 media clips (print, radio, TV and online), including several international placements.

Grant Development Results: The grant was renewed for another $20 million at its expiration. Ball State’s Return on Investment (ROI) was $422,532. 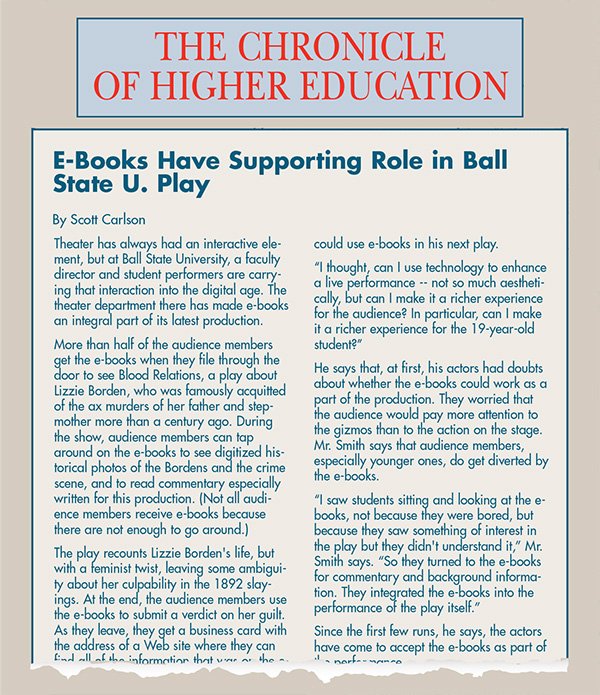